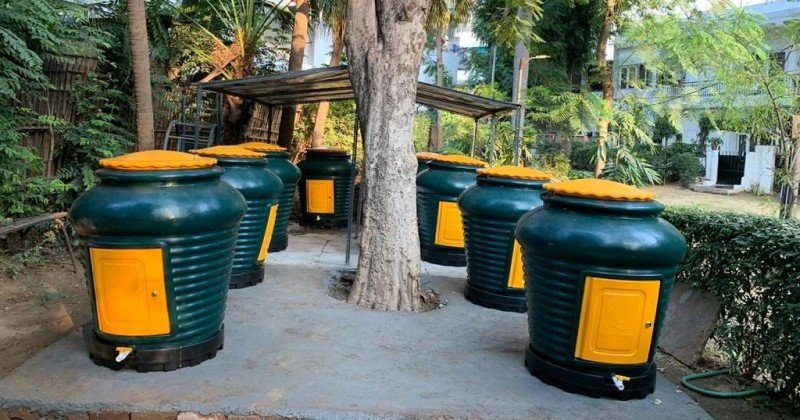 In West End Colony, New Delhi, the Residents’ Welfare Association, (WERWA) decided to try out the AAGA method of converting kitchen waste into compost after a presentation by Mr. Pradeep Chadha of Daily Dump/Vatama Solutions. So, on 11 th February, 2019, we installed 2 AAGAS in our Colony, as we thought we would do a trial first to see how well they worked. We enlisted some of our most willing residents to start segregating their garbage and we put their kitchen waste into the AAGAS. We layered cocopeat and a teaspoonful of microbes and voila, the the process began

Once one of the AAGAS was filled to the brim and layered, it was sealed, and the date of sealing written in chalk on the cover. We also opened the tap at the base of the AAGA, as once the process gets going, then the “leachate” liquid starts coming out, so a bowl was placed beneath the tap, to catch the leachate. Once the bowl was full, then the leachate was mixed with water and sprayed over our hedges and plants, as it is good for them and also acts as a mosquito repellent.

At the end of three weeks or so – the time varies somewhat in summer and winter – the AAGA door was opened and the rich, dark, loamy compost was taken out. (The AAGA is ready to be opened once the leachate stops.) 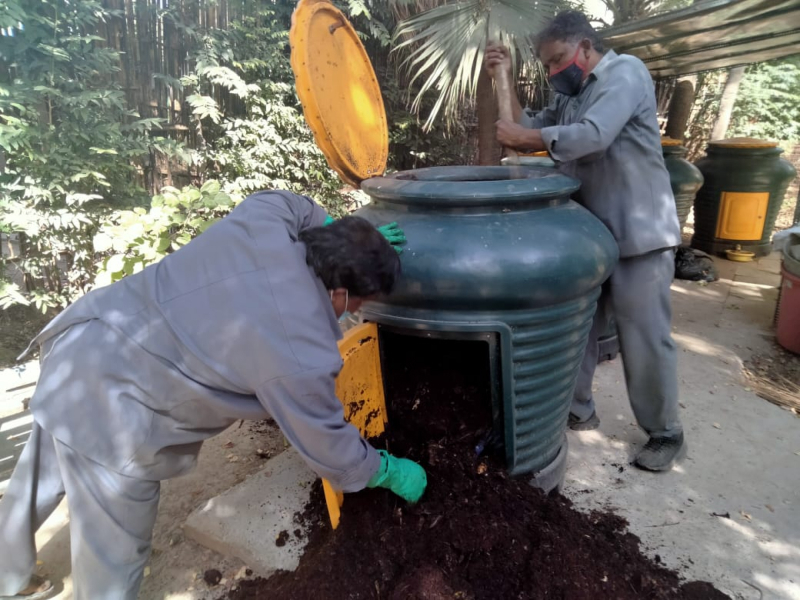 It was sieved and dried for a couple of days, on a plastic sheet, and then stored in sacks and drums for further use in our public parks and gardens, as well as supplied to those of our residents who have their own gardens and need compost.
The trial was so successful that on 26 th October, 2019, WERWA decided to invest in 6 more AAGAS, and now we have a total of 8, which is enough to serve our Colony at present.

There is a team of sanitation staff who are responsible for collecting the kitchen waste from the residents’ homes every day, excluding Sunday, and transporting it in carts to the AAGAS. Their names are Anil, Bishen and Bhim, aided by Vijay. Our Guard Supervisor, Vishnukant Sharma, records the process every day and sends the photographs to the WhatsApp group created especially for us. The sieving and drying of the compost is done by some of our team of malis, lead by our Head Mali, Ramu.
The quality of the compost is first class and it is much in demand.

There are many ways of making compost, but for us in West End Colony, the AAGAS are the Gold Standard of composting. They look attractive, the area around remains clean and there is little or no smell.

Many representatives of other Colonies have come to see our AAGAS, and quite a few have followed suit and ordered them for their use. We recommend them most highly 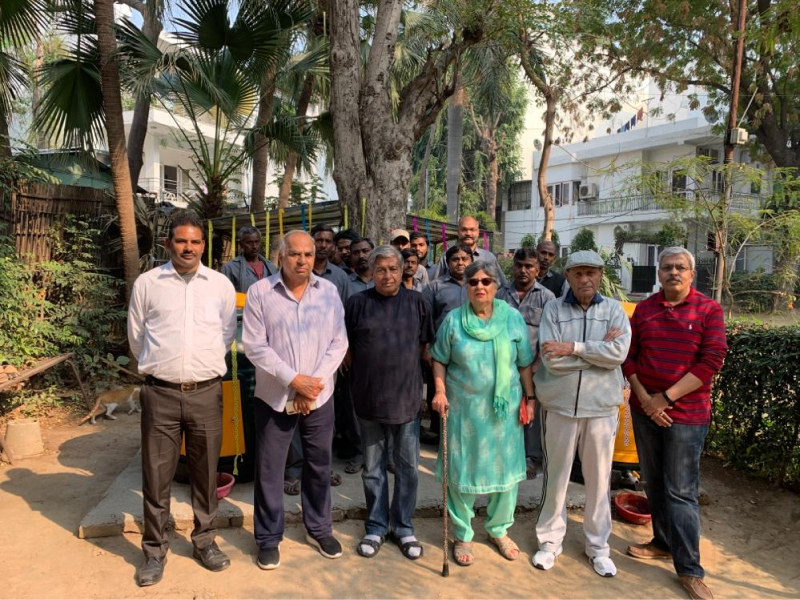